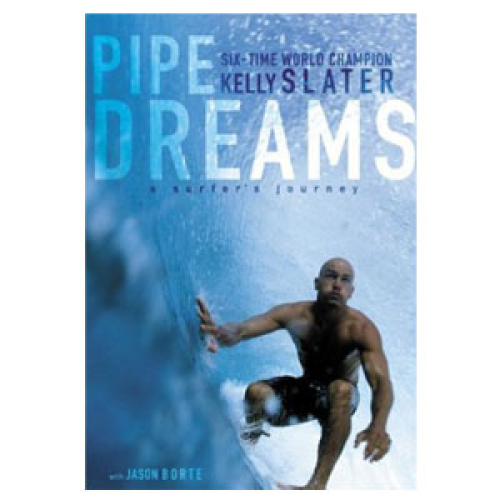 Cocoa Beach, Florida, isn't exactly a breeding ground for surfing world champions -- the waves are tiny. So when Kelly Slater was growing up, the furthest thing from his mind was becoming a world champion. He was a Florida grommet whose biggest goal was to one day make it out far enough to catch the two-foot waves his dad and brother were riding -- anything more was a dream.

Life in the Slater household wasn't perfect, and as his parents' marriage fell apart and his father battled alcoholism, Slater escaped to the beach and found peace on a surfboard. He devoured surf magazines, sat spellbound while watching surfing movies, and worshiped the gods of the sport who threw themselves into thundering walls of water along the North Shore of Hawaii and around the world. Slater never thought he'd move beyond the Florida shore breaks, but his insatiable thirst for competition and uncanny -- almost innate -- understanding of the physics of surfing destined him for waves and events much bigger than anything Cocoa Beach had to offer.

In Pipe Dreams, Slater takes you inside a churning Pipeline tube and lets you experience the rush of adrenaline and danger. He pays tribute to close friends who lost their lives surfing big waves and tells what life on the World Tour is really like, from schmoozing with celebrities to running from stalker fans to the insane competition and off-the-wall antics of the world's most famous surfers -- including Tom Curren, Tom Car-roll, Gary Elkerton, Mark Occhilupo, Rob Machado, and Shane Dorian. Slater also explains his various career moves, such as his stint as a regular on Baywatch, and the ups and downs of his love life -- from his on-again, off-again romance with Pamela Anderson to Bree, his first love, and their broken engagement.

Pipe Dreams offers unprecedented access to the globetrotting lifestyle and the rarely seen private life of the man who destroyed every record in a sport long dominated by people who thought world champions didn't grow up in Florida, himself included. Slater holds nothing back, because after six world titles, there is nothing left to prove -- not to himself or to anyone else.

About the Authors:
Kelly Slater, in addition to being a father, businessman, and video game star, is chasing an unprecedented seventh world title. He continues to reinvent surfing with his performances and ideas. He lives all over the world but still calls Cocoa Beach, Florida, home.

Jason Borte is a freelance writer and former professional surfer who almost beat Slater once. He lives in Virginia Beach, Virginia, with his wife and two children.