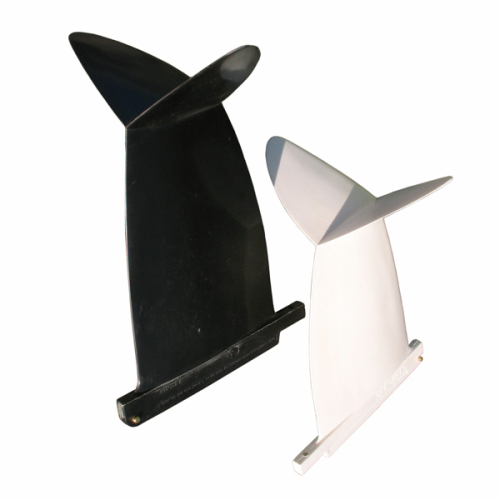 "I was amazed and super stoked at how well the new design (which has wings like the winged keel of Australia II) went and still feel they are superior to the standard swept back "tuna fin" design.
The STARFIN has origins in aeroplane wing design (especially the WWII British fighter the Spitfire) as well as fish and whale fin influences and of course yacht keel designs..
The STARFIN has been very popular with longboarders for a long time now probably because they have a good percentage of single fins amongst them.Surfboard evolution might be catching up with the STARFIN though. There are more and more "snub nose" designs hitting mainstream popularity with a rounded nose, more volume and generally shorter.The starfin with it's finbox allows for the micro adjustment that you need with that sort of board."
Cheyne Horan